Door County Chefs would like to share The Cookery’s recipe for its popular Red Quinoa Salad with Smoked Paprika Dressing. Dick and Carol Skare feature this recipe in their restaurant when they have locally raised greens, squash, beets, mint and tomatoes from Sully’s Produce of Sturgeon Bay. The vegetables in this recipe can be adjusted based upon the produce that is available and in season. The Cookery is located in downtown Fish Creek. Newly remodeled after a devastating fire, the restaurant is better than ever. The Skares pride themselves on using locally grown products and being active in the popular “Door County Buy Local” movement.

Place quinoa in a large saucepan, add water to cover quinoa by one inch, salt to taste. Bring to a boil. Reduce heat to medium-low; cover and simmer until quinoa is tender, about 15 minutes. Drain. Chill until cool.

To make the dressing, whisk mint, vinegar and smoked paprika in small bowl. Gradually whisk in oil. Season with salt and pepper to taste. 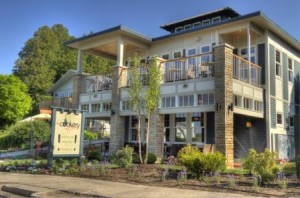