CHOP Announces They Will Stay Open This Winter!

Continuing their drive to be Door County’s first choice for great steak, CHOP Restaurant in Sister Bay, WI has announced they will be open Wednesday through Saturday at 5pm beginning November 1st. 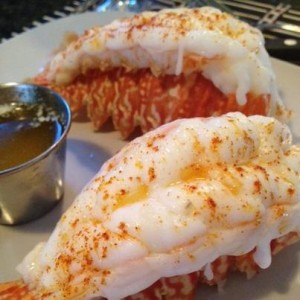 Owners Jody and Patsy Wuollett said that the decision to remain open was an easy one after an inaugural summer season that far exceed their personal expectations.

“Throughout the summer, we enjoyed so much support from local and seasonal residents, and were asked so many times if we would be open in the off-season, it was an easy decision to remain open,” Jody said. “We already have reservations in November, and even have several Christmas Eve parties on the books.”

In keeping with the season, CHOP’s menu will be revised, adding several dishes that could only be described as “comfort food” including Crispy Roast Duck, Braised Pork Shanks, and a Kobe Beef Burger. Additionally, daily specials will be available including Pan Fried Perch on Fridays, and the ever popular Surf and Turf Combo will now be served on Saturday evenings. Check out the full menu at the website and also on their Facebook Page at Facebook.com/Chopdc